How much electricity did Shuakhevi HPP generate in the first part of this year? 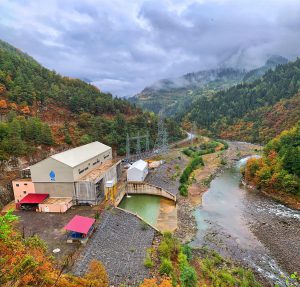 Shuakhevi HPP started electricity generation in the beginning of 2020. Within the first part of this year, the HPP has generated 75% more electricity compared to the same period of the last year. As stated in the company, generation of the current year will presumable exceed predicted generation provided Hydrology continues to be good until end of the year.

As of August 12 of 2022, volume of electricity generated by Shuakhevi HPP is 350 GWh. Successful year can be attributed to a combination of factors: hydrology and the fact that the hydro power plant is equipped with modern and high-quality technical machinery well maintained by the O & M team which enabled taking advantage of increased inflow and resulted in more generation.

“Success of Shuakhevi HPP is ultimately defined by the team that works 24 x7with high professionalism and doing their best to meet grid requirements with generated electricity without any technical challenges. 2022 is distinguished for favorable hydrology which enables us to presume that planned generation of this year will exceed predicted generation provided Hydrology continues to be good till end of the year” – stated, Plant Head of Shuakhevi HPP, Bala subramanyam.

“Shuakhevi HPP is the best example in the Georgian Energy –  how a good team can overcome any challenge and achieve success. Shuakhevi HPP has been operating for three years increasing domestic generation by almost 5% which is important factor for reducing dependence on imported electricity. Clean energy producers similar to Shuakhevi HPP reduce CO2 emission in the environment, thus, helping elimination of harmful impact on the environment. It is immensely important for Georgia to fully utilize available renewable energy sources, naturally, in compliance with the best local practice and international standards” – stated, Rakesh Naik, CEO of AGL.