The final feasibility study and the draft Environmental and Social Impact Assessment (ESIA) of the planned 400 MW Adjaristsqali hydro project, has been finalized and submitted to the Georgian government for approval.

A number of significant positive impacts are expected as a result of the development of the Adjaristsqali project:

Potential environmental and social risks and impacts were assessed and various mitigation measures are proposed in the draft ESIA to avoid, minimize and compensate for identified risks and impacts in line with IFC’s 2012 Performance Standards on Environmental and Social Sustainability and Georgian regulations. IFC InfraVentures provided inputs to CEG during the draft ESIA preparation including on the ESIA Terms of Reference, ESIA Scoping Document, and suggestions to help meet IFC requirements.

Public consultations will be conducted in the following dates:

AGL is able to receive and discuss comments and suggestion from the members of the public, if they are submitted in a written from until May 26, 2012 at 18:00pm to our office.

Mott MacDonald has submitted Environmental and Social Impact Assessment report for the Adjaristsqali project. Soon the document will be available on the website and all stakeholders can have access to it. It will also be presented to the Ministry of Energy and Natural Resources and Ministry of Environmental Protection of Georgia.

The Chairman of the Board of Clean Energy Group and the Project Director for the Adjaristsqali Power Project met with the Prime Minister of Georgia Mr. Nikoloz Gilauri, Minister of Foreign Affairs in Norway Mr. Jonas Gahr Støre and the Governor in the Autonomous Republic of Adjara Mr. Levan Varshalomize. All expressed strong support for the Adjaristsqali hydro project.

The senior management team and members of the Board of Clean Energy Group also participated in a Norwegian-Georgian hydro seminar in Tbilisi on the 10th of November hosted by the Norwegian Minister of Foreign Affairs Jonas Gahr Støre and First Deputy Minister of Energy Marika Valishvili. Foreign Minister Støres opening speech at the seminar is available here.

In order to avoid misunderstanding between two hydro projects implemented in Ajara region we would like to state that Turkish company Ajar Energy 2007 develops a project on the river Chorokhi, while Clean Energy Group through its Georgian subsidiary Adjaristsqali Georgia LLC has a license to harness the water starting at the confluence of the river Ghorjomi and Adjaristsqali at approximately elevation 800 and down to the confluence of Adjaristsqali and Chorokhi river.

Any questions and concerns related to the Chorokhi river project should be addressed to Ajara Energy 2007. If you have any questions about our project on the Adjaristsqali river and its tributaries, please contact us at the contact address indicated on this website. 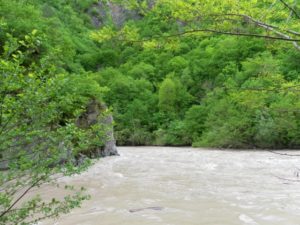 On October 7, 2011 the Georgian news portal ambebi.ge published an interview with the Director of the environmental NGO Green Alternative, Manana Kochladze. The article covered ongoing reform of the energy sector of Georgia, construction of large dams and the impact of these.

According to Ms. Kochladze, the construction of 4 hydropower plants on the river Adjaristskali will affect 230 families in the valley, and result in the loss of arable land and income for the owners of this land. “Reduction of the water flow in the river will cause difficulties, and lead to the disruption of the ecological balance in the river” states the Director in the interview.

The Adjaraistsqali Hydro project is in its feasibility phase and the design has not been set yet. Environmetal and Social issues are a key concern when the final design is decided. The Environmental and Social Impact Study undertaken by leading international and Georgian experts are in progress.

According to the Scoping Report published on our website www.adjaristsqali.com, the project does not envision the physical nor economical displacement of anyone. Our preliminary assessment is that the affected land plots have little or no agricultural value. The land owners (approximately 50) who owns the land that will be impacted by the project will receive compensation according to Georgian and World Bank standards.

As for the ecological flow, the expert panel is currently undertaken an assessment and their final recommendation will be based on a needs based approach. The planned design envisages the maintenance of sedimentation flows in the river using flushing gates on the dams.  Flushing gates have been effective in other projects to maintain sediment flows in the river.

The Adjaristsqali project when constructed will create employment opportunities for the people in the local community, contribute to income for the municipalities along the river and improve the energy security of Georgia and reduce global greenhouse emissions. 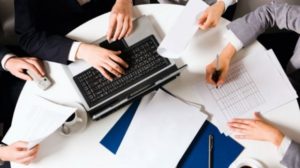 Mott MacDonald has submitted their proposed design of the Adjaristsqali project for review by the project sponsors. The proposed design is based on three hydro power stations with a total of 395 MW installed capacity, 1220 GWh and a price tag of 708 m USD. 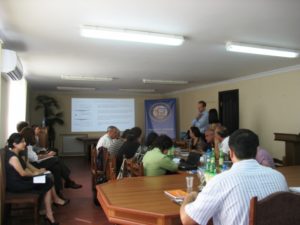 Clean Energy Group through its Georgian subsidiary Adjaristsqali Georgia LLC held an environmental meeting on September 1, 2011 in the office of the Ministry of Economic and Finances of the Autonomous Republic of Adjara. The goal of the meeting was to introduce and inform environmental NGOs and other stakeholders about the project activities and plans at the early stage of its development.

Clean Energy Group has launched the public consultation process targeting the Adjaristsqali valley population.  This event is a follow up from the public information meeting with Municipal heads that took place in Khulo on the 14th of June.

The first meetings will take place on the July 19-20. The goal of the event is to inform the local population about the expected environmental and social impacts of the project. The first draft of the ESIA will be drafted based on the input from the consultation process.

On the 19-20th of July, public consultations will be held in Shuakhevi and Khulo Municipalities; and on July 20 – in Keda and Khelvachauri Municipalities.

Site investigation for the Adjaristsqali project has started

Clean Energy Group through its Georgian subsidiary Adjaristsqali LLC has contracted three companies/consortia for the site investigation(SI) works for the Adjaristsqali project.

The site investigation period will last from July to November.

Mott MacDonald will do the supervision of the SI work.